Cannabis Cup Comes To US 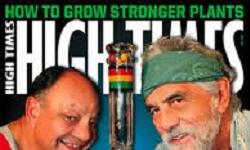 There are certain key events that tip you off how much the world is changing around you. It might be the smell of marijuana being smoked in public or, as as reported in the Daily Caller, a marijuana competition being held, legally, right here in the United States.

This April, stoners and marijuana advocates will gather in Denver at a private club (public marijuana consumption is still illegal in Colorado) to show off their best products. It’s run like a wine tasting, with several categories in the competition, things like best bud, most potent strain, and best medible.

This is the first year it is legal to hold the competition in the US. Traditionally, the Cannabis Cup has been held in Amsterdam, where the laws on smoking weed are more relaxed. But even overseas, the competition is taken very seriously and strains grown in the US have placed highly.

Winning or placing in the Cup has a payoff for those in the weed business. A popular strain can be sold as clones/cuttings or seeds, and the prices go up with demand. Medibles – marijuana infused products for oral consumption – also get a bump in sales when their quality, purity and reliability is touted in the competition. Last year’s winner was a chocolate candy bar. Medibles find sales in markets where medical marijuana is legal because either patients do not wish to smoke or they prefer the convenience (and invisibility) of food products.

In the US, there are currently no licensed commercial growers in Colorado. That means the event will still be walking a fine line between what’s allowed and what can result in an arrest. Adults in Colorado are allowed to possess up to an ounce of marijuana without state penalty (federal laws still prohibit this) but anyone wishing to sample the offerings will have to keep it private. There was no mention of who will get the concession to sell munchies at the event, but one can imagine Frito Lay and Nabisco fighting it out to become sponsors.

Previous events in Denver have been held for medical marijuana only – the new law makes it open for recreation weed as well.

Yes, the world is changing around us. Like it or not, marijuana as part of the scenery now and may soon be as common as having a beer at the family picnic. Very strange.